Calderano is considered the greatest Brazilian table tennis player of all time after peaking the No. 3 spot in the January 2022 world rankings. A notable victory for him was defeating China’s Fan Zhendong in the quarter-finals of the 2018 ITTF World Tour Grand Finals in South Korea. This is the next in our series of famous table tennis players, other profiles are here and here. 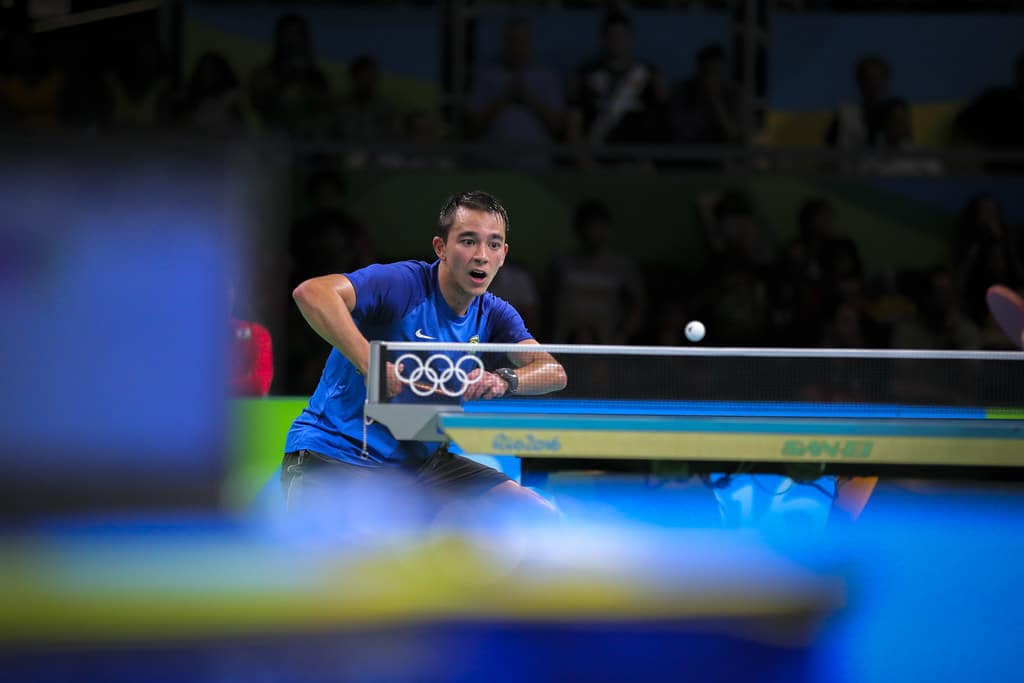 Hugo Marinho Borges Calderano was born on June 22, 1996, in Rio de Janeiro. So he is now 26 years old. His father is Marcos Marinho Calderano, and his mother is Elisa Borges. His private nature makes it difficult for most details about his personal life to be revealed, which is why most people only know him as an athlete.

Undeniably, he has a great physique and toned body, as well as being 6 feet tall, but few people know that Hugo is a vegetarian. Apart from that, he also collects rubik’s cubes of all sizes and shapes, and he currently owns 70 of them. You won’t be surprised if he solves a Rubik’s cube in 9 seconds on average. He is known for choosing the best table tennis tables to play on.

He began playing table tennis at a young age and became the youngest player to ever win a leg of the ITTF World Tour in 2013. In 2014, he also made history by being the first Brazilian table tennis player to win a medal at the Young Olympic Games in China. As a result of his victories and defeats in between, he is currently on the road to success and ranked 5th in the world, making him the first Latin American player to reach the Top 10 of the ITTF World Rankings.